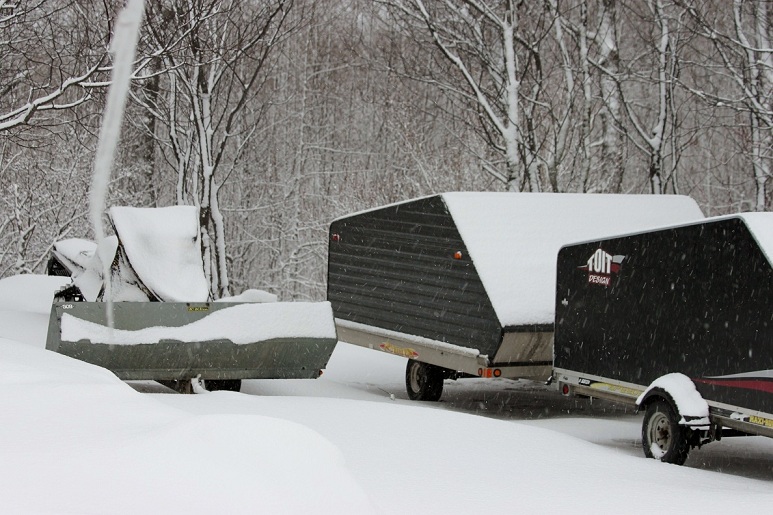 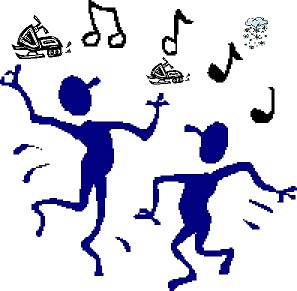 Seems we didn't get many snow falls this year, but when it did snow, we got huge dumps…we do have more snow this season than last….despite the calendar, spring doesn't start here ‘till April…..and even later in the month up high….

Trails are being groomed…..but be careful…. they will be closed if we really get this much snow. They’ll wait ‘till the storm is over – it’s dangerous to groom in a storm around the north shore.

Once the groomer does pass, the trails will be the best so far this year. There is a hard rock base and with this new snow…..should be like carpets with no ice! GREAT!

What can I say about the boys with ATTITUDE….? Watch closely and if we do get the snow….get down here and ride….There are lots of people who ride down here now - so the well-known areas are tracked in 3 - 4 days.

True, it’s mostly the easy stuff -but none the less…TRACKS! 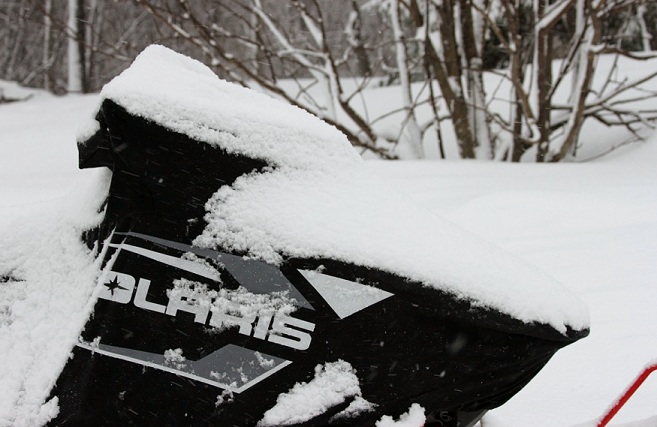 This is why I tell guests that we might trailer 10 - 40 kms from the Sled Den. My deck and a double trailer….But there is $10 per sled when we ride Murdoch….GAS…anywhere other than there -no charge. Drop off and pick up can be discussed. But you don't have to go there if you don't want…..just an option.

You have that choice so you can ride a different area and have no tracks!!!

Most people want to ride their own cuts and not be rushed.

We go where the snow falls and there are no tracks… Have only ridden Area X 3 times and saw more than 20 sleds each time. Gaspésie is more than AREA X...lol….

Should be some damn good riding after the snow this week….and the forecast seems to favour snowfall almost for an entire week….Maybe it will be like last year….POW POW till April 20 in the mountains....Jack

Here's the link for the big snow where I will be riding…. ...SOMEWHERE......The Weather Network

Find my truck and win a new spot…