WHERE:   Somewhere near the Sled Den, Gaspésie 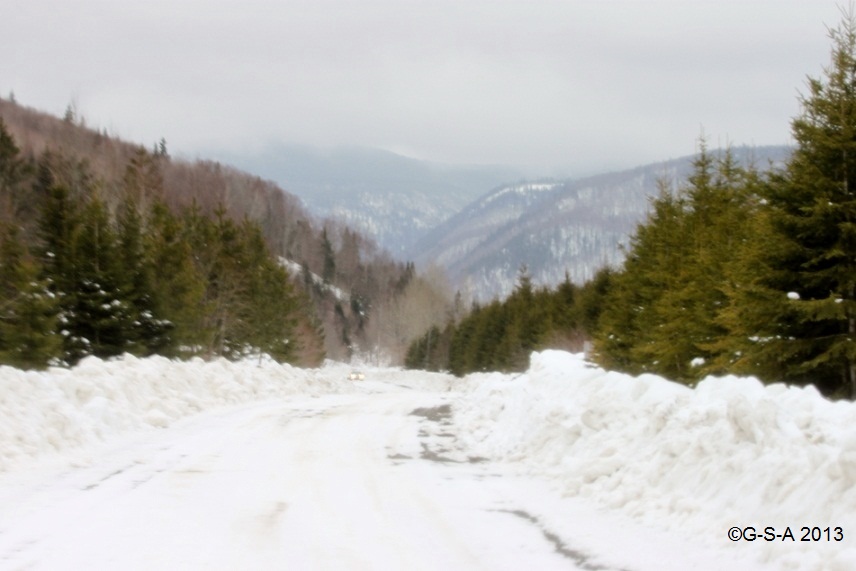 What an incredible day with my 2 local friends…..We had a fun time riding the pow pow in APRIL !! 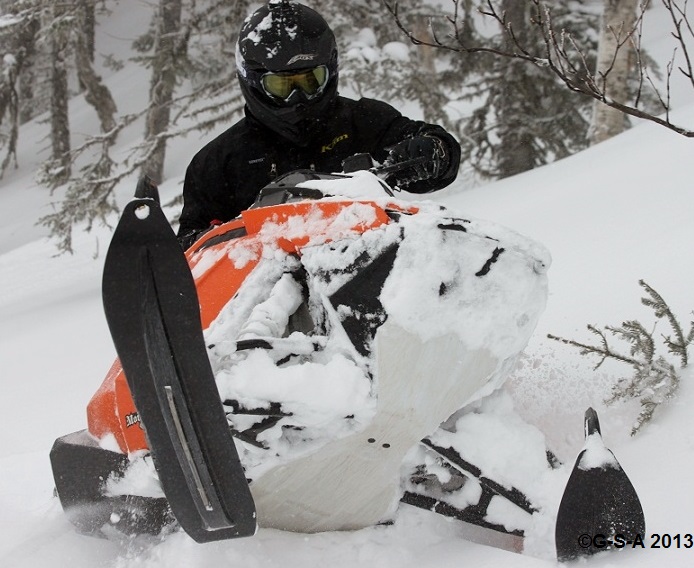 The drive by truck was under cloud, but as soon as we got to 1000 feet, the freezing rain started….at 1500 it was snow only. Just a light snow for the whole day! 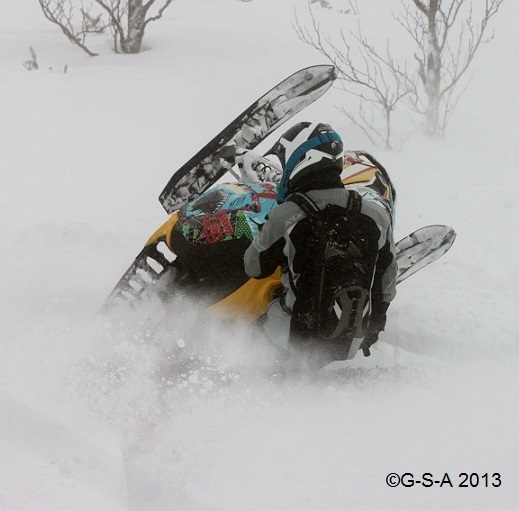 The clouds were low and that made for a foggy, snowy ride….lol….nonetheless….cutting tracks in pow pow. 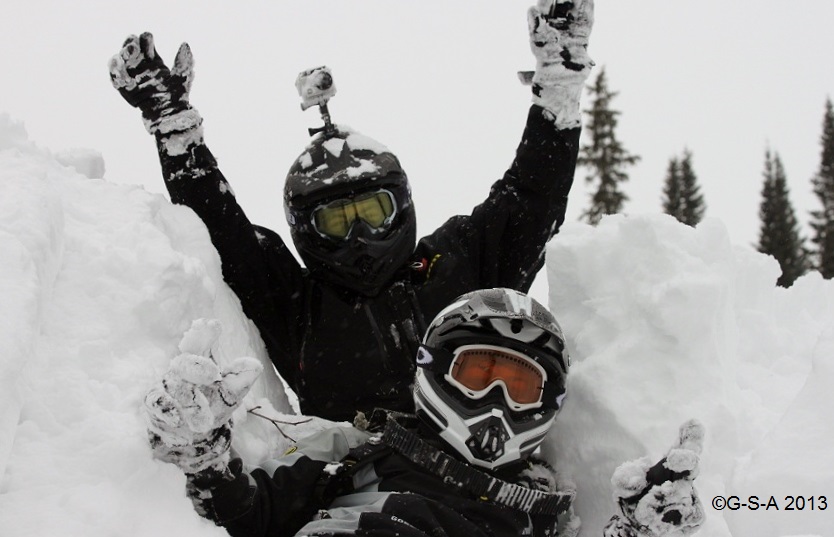 .....the guy in back is standing up and the guy in front is sitting down and the result of digging trenches is....the blown belt around his neck.....

The snow was wind-blown in some spots but even though the snow was setting up, we still had 2 feet of POW….The Mountainforecast says we are getting snow all week….with the most on Saturday....Who knows with them….They have been wrong every time this year! 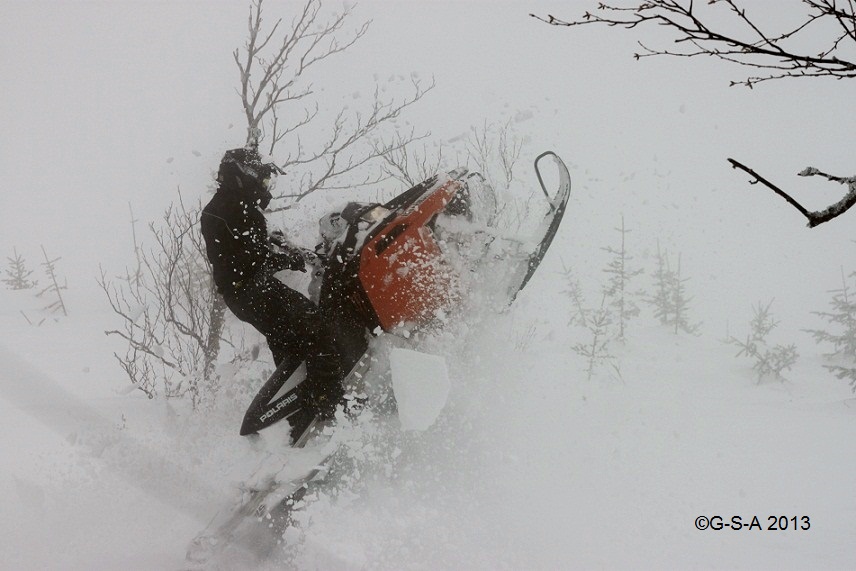 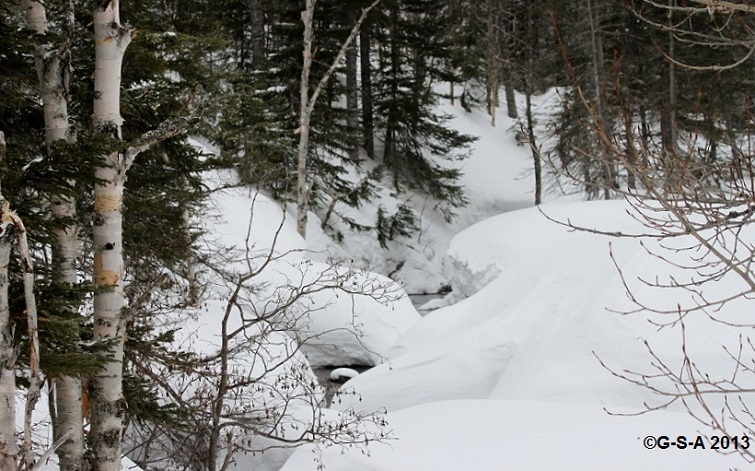 ....if you've been following the blog and the pics, this is the same stream as previous pic 2 weeks ago and there is even more snow today.... 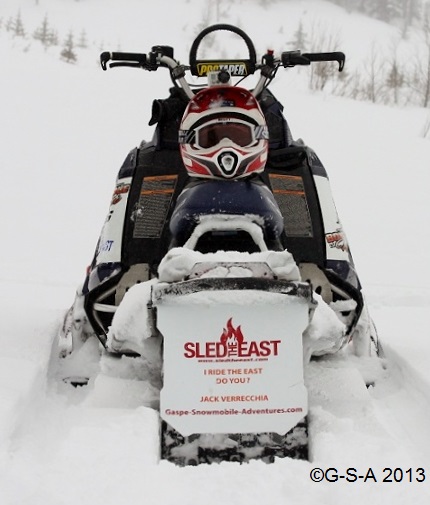 So if that itch is still there, we have pow pow for the next week for sure….last weekend for fresh pow maybe, then a month or more of spring riding….Jack