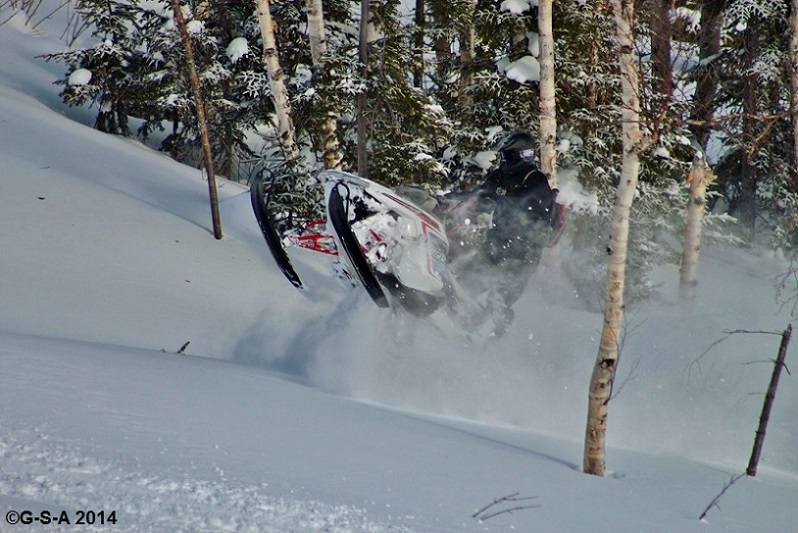 The last few days of riding have really been great at The Sled Den…. 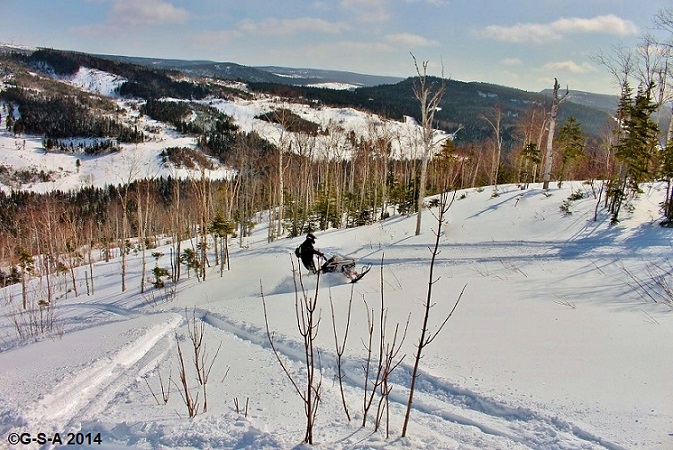 One reason is because it’s always great to see people not only enjoy their adventure but improve their riding…….like we say, we are here to better your adventure! 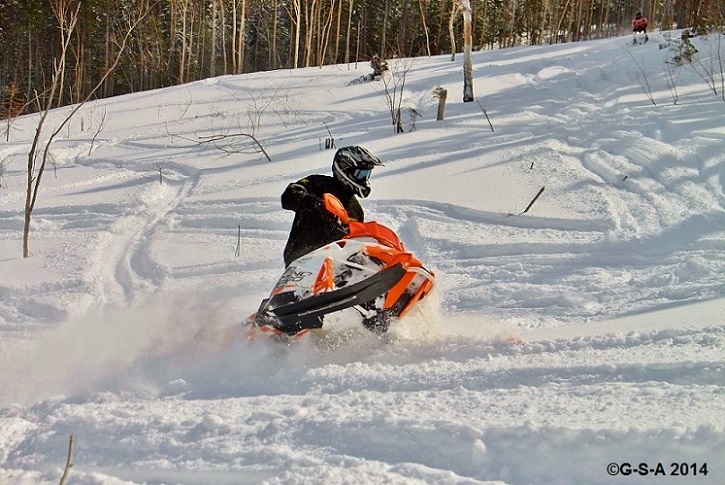 We’ve been riding with Jon and Chris from Boston, Massachusetts and hooked up with some locals  - a father & son with a couple of friends. 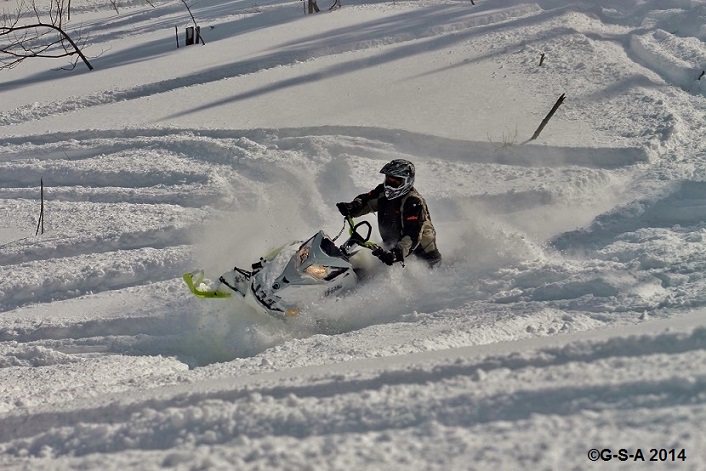 This year so far, Jon has to be the most improved rider – after only a couple of days! 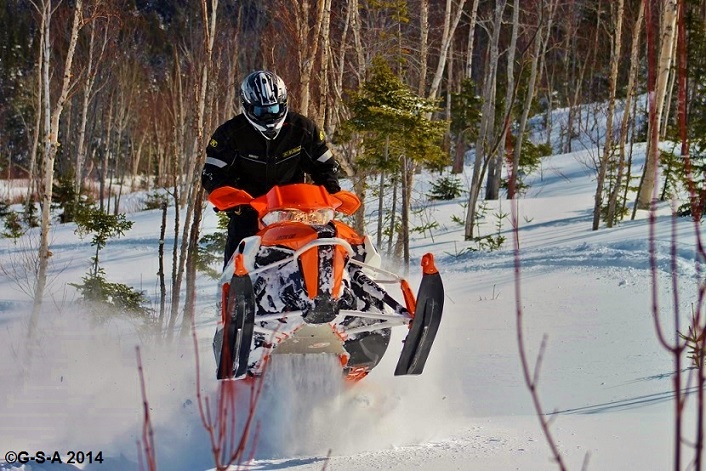 We had a lot of fun because the locals helped push our riders from the USA to try and ride harder. 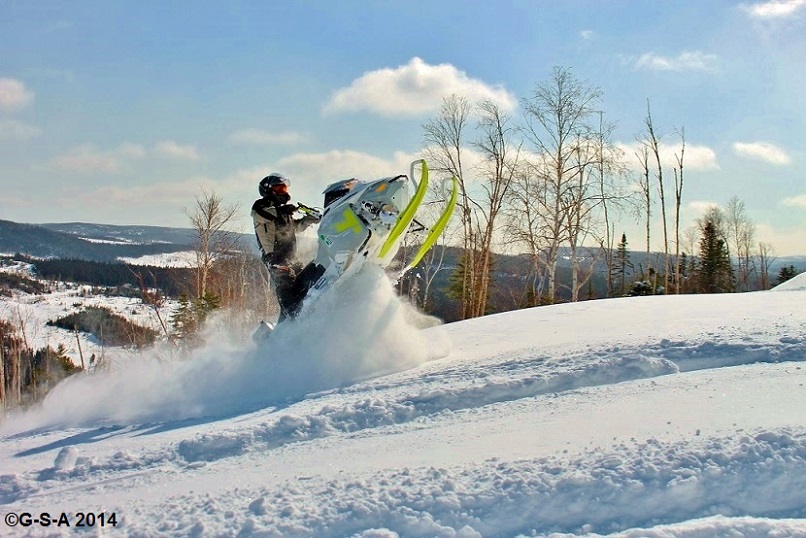 These pics don’t justify the steepness of some of the backcountry areas we’re riding….. 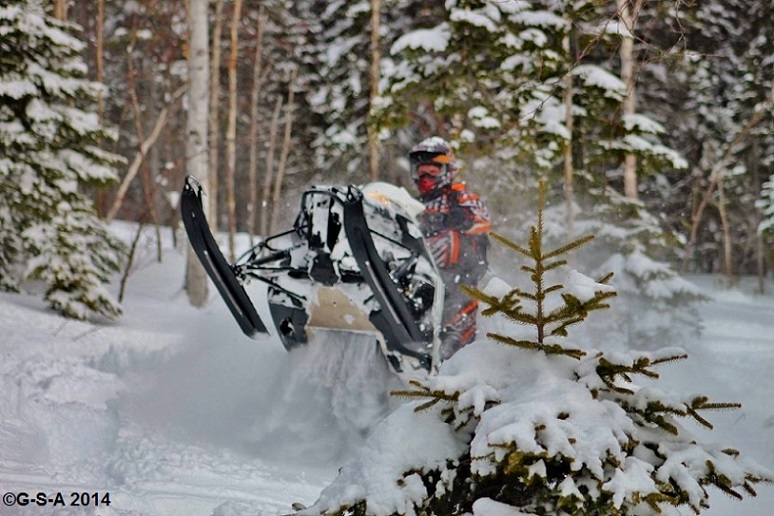 We rode the East side of the mountain because of the wind. There was at least 2 ft plus of powder and still tons more left to cut tracks. 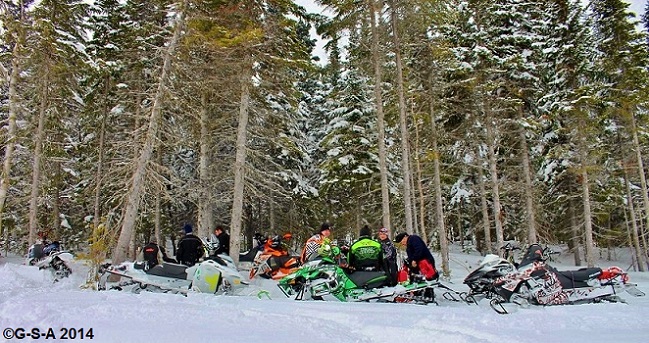 The snow from the storm that just passed seems to have been distributed generously on all the slopes. 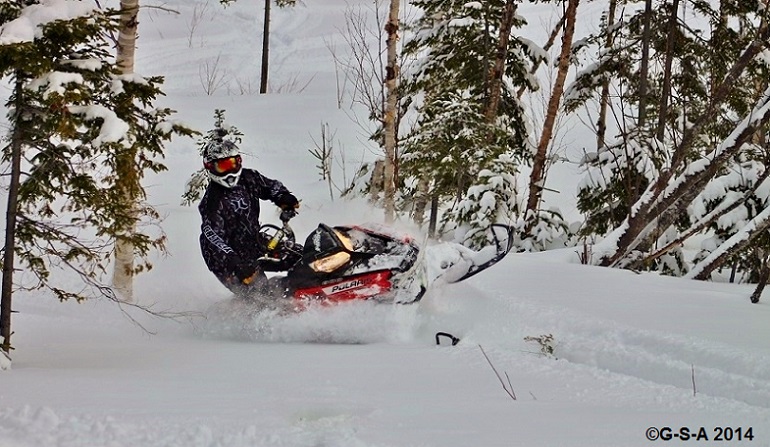 Although the West sides are blown a little, the smaller areas still have good snow. 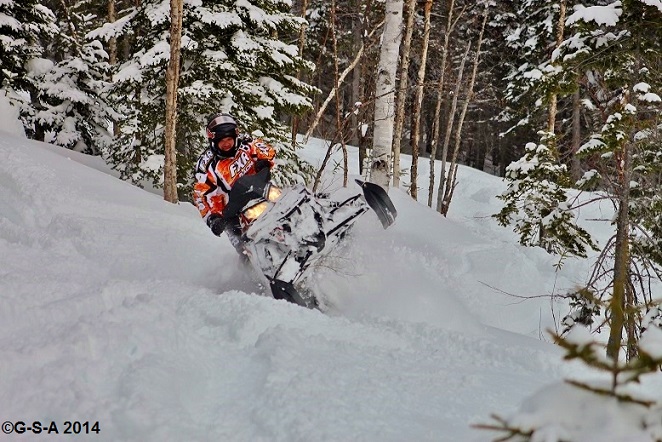 If anybody is interest in riding in the Gaspésie backcountry, now is prime time. We’re still missing snow compared to last year but it’s really starting to accumulate. 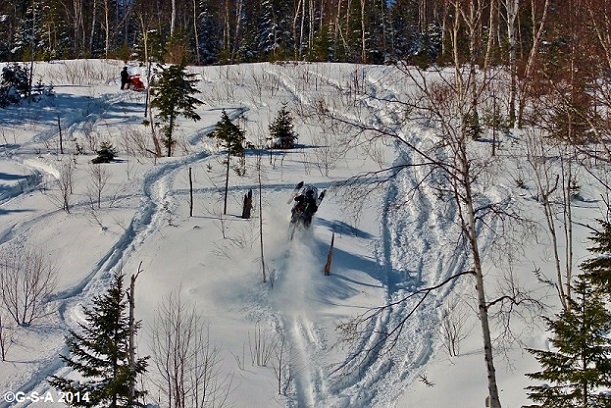 There is more snow in the forecast this week. As usual, the Gaspésie gets most of its big storms in March & the first 10 days or so of April – at least here in the BC of Gaspésie – that’s just the way the weather pattern is. 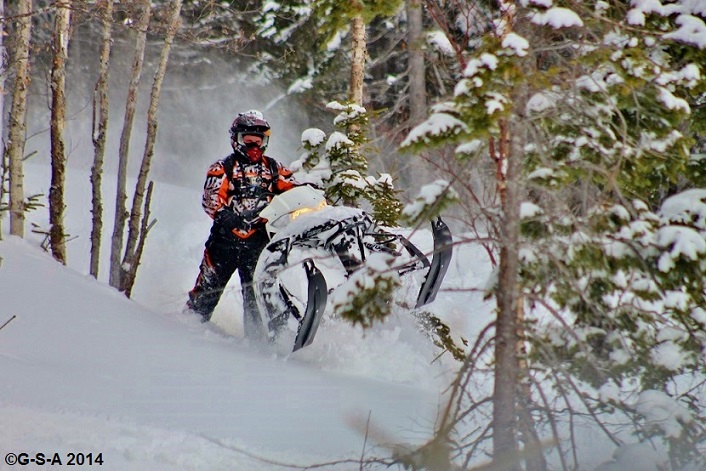 This week we have found some really steep stuff & plan on exploring a different area. 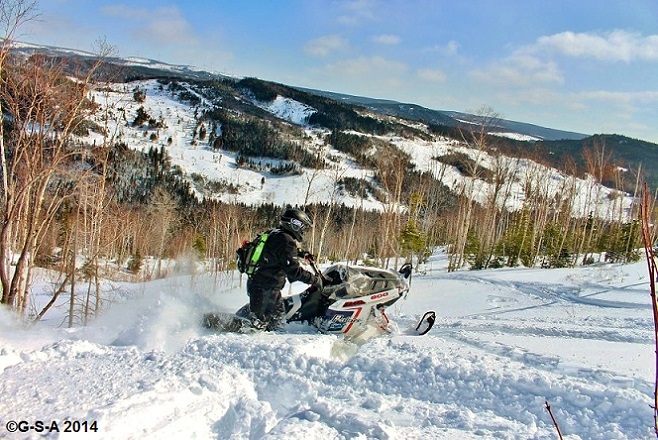 That’s the beauty of the Chics Chocs Mountains – it’s just so immense, there’s always another area to discover! ….but always remember, do not ride in the Park or Reserve! 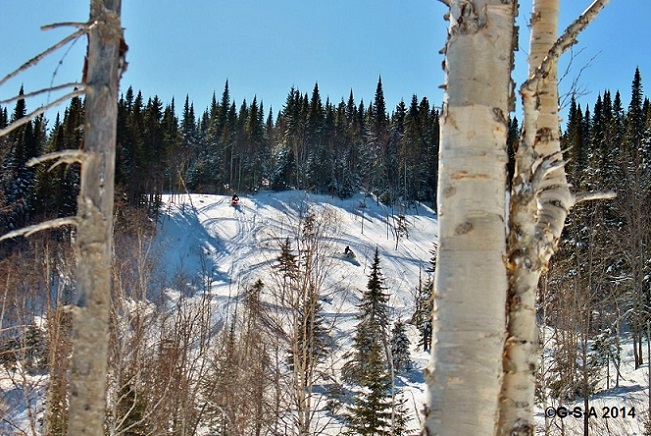 I’m told this new area has some really insane riding. The locals call them ‘holes’ – actually ‘les trous’. The reason for that is that the wind blows off the mountain into the gullies which accumulates insane amounts of snow and is usually a stuck fest until a trail is cut almost up the sides to get out – hence the word ‘hole’.

Hope to get some insane shots in these 'holes'.…..