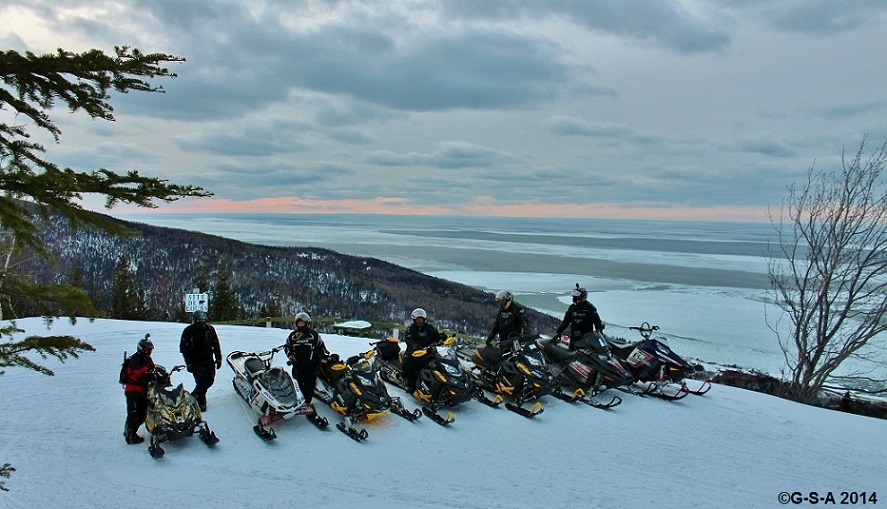 Well, this week The Sled Den had the chance to entertain some hardcore saddle bag riders. Yep, they were trail riders! I have been friends with Linda for 2 years on the ‘net. 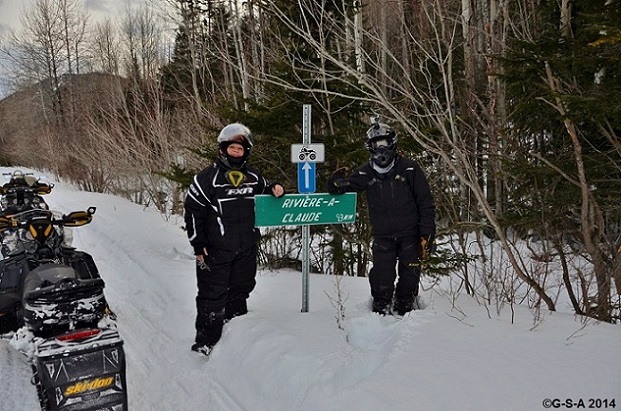 We just had never met until now ‘cause she rides trails and I, the backcountry! ...well now THAT'S changed!!! Had lots of laughs with Linda and her other half Joel, and 2 friends, Joe & Scott….yes, even had fun when we rode….lol…. 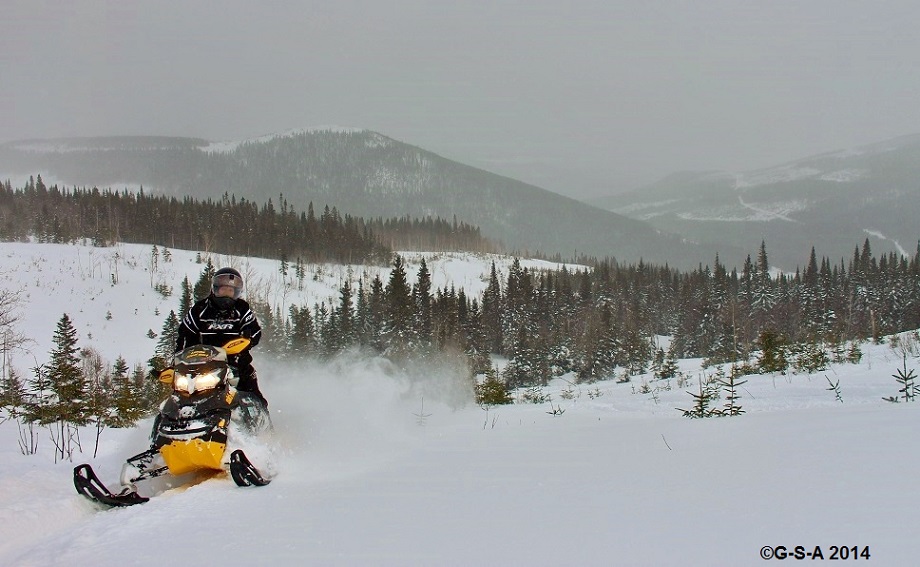 Into the Chic Chocs backcountry we go……they did get stuck - but no more than when we ride the steep and deep with other guests! 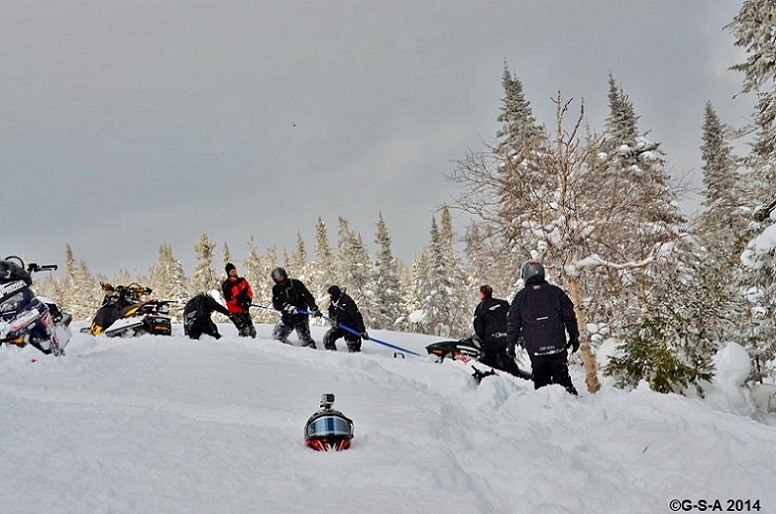 It was good to see some riders do stuff they never thought their sleds could do…..like ride in a cut where it was 5 - 6 feet deep and no trail…. It did get tough when we hit some areas where, on top of the 5 foot base, the fresh powder was more than a foot deep ‘cause of the drifts. 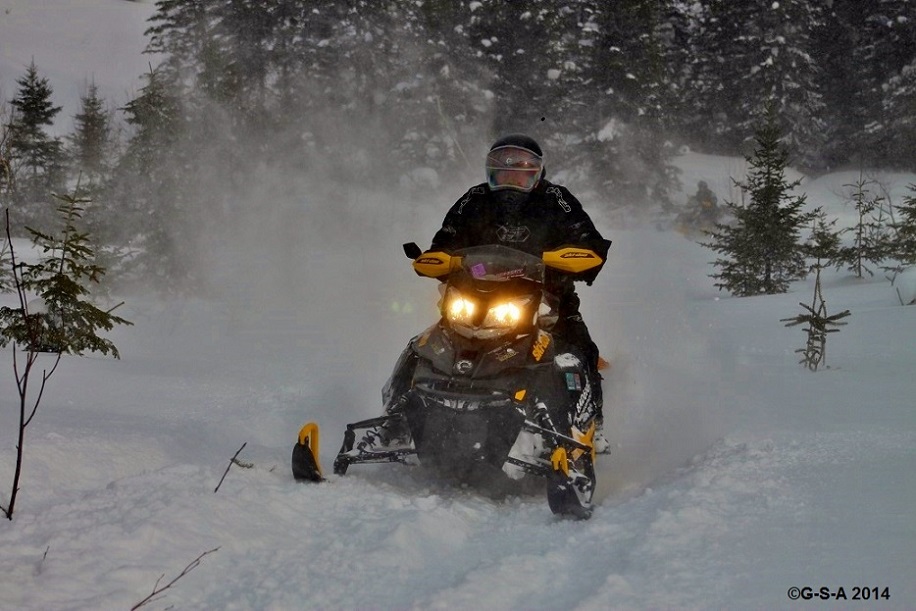 The ride was cut a little short when the wind with the snow was just too much to deal with. 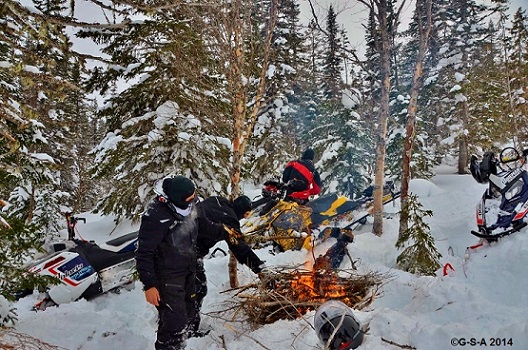 So we made a fire and warmed some great wraps. 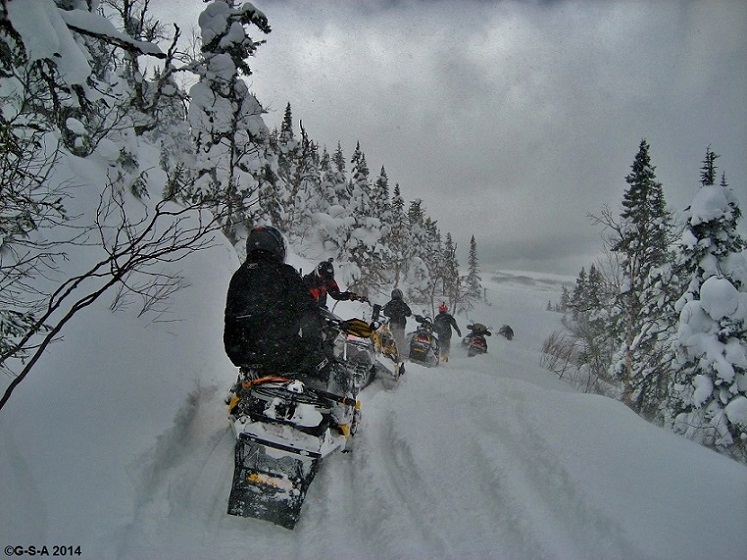 Then we rode another ROAD….lol…. Told Joel we were going to a road… and he thought it was a paved one or trail on a road....lol…. He soon found out I meant a gravel road with 4 - 5 feet on it….to a Mountainrider, it is a ROAD....lol!! 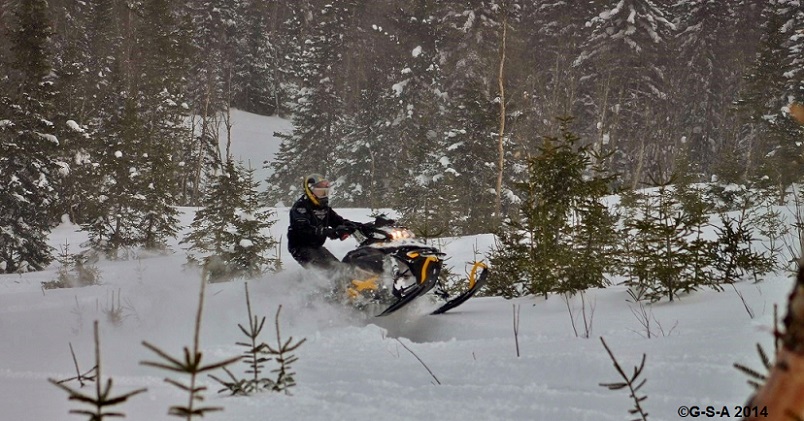 We rode on these the whole time when off the trails. There is good snow and a base on the gravel roads….just don’t go off them….if you have a short track! Then you will go where there are bushes and little trees under the snow and this is when you need some kind of long track.

All of us had a blast! One of the trail sleds was a 121…. yes, the shortest one you can buy! It rode cuts in snow….and also rode in more than a foot of pow from the wind in areas. 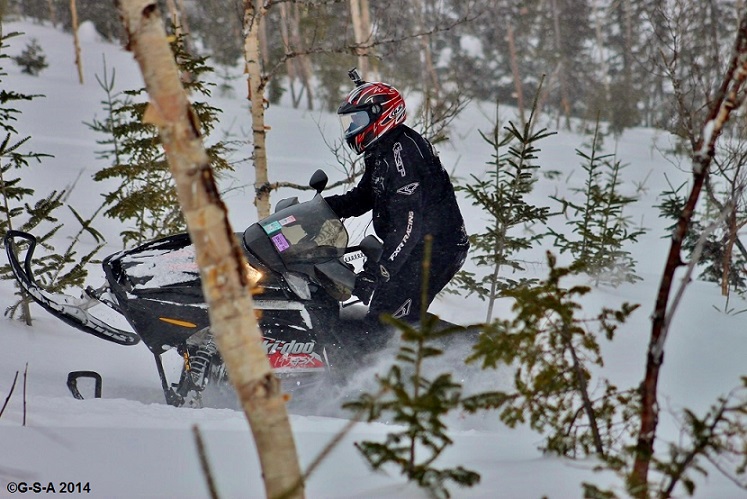 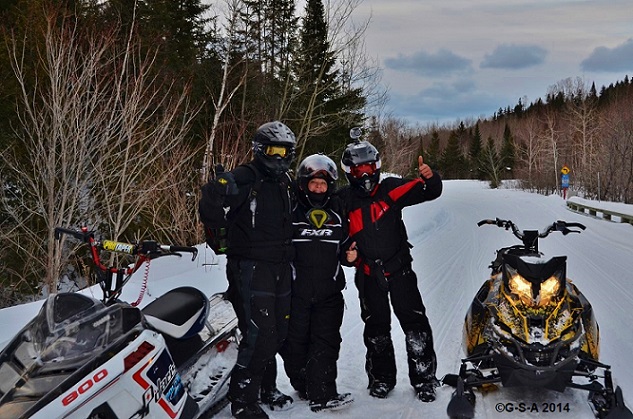 Thanks Linda, Joel, Scott and yes, you too Joe...