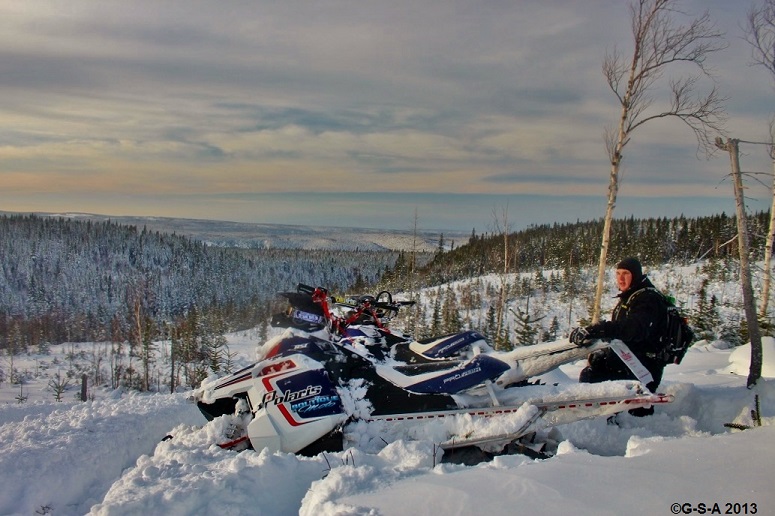 Just couldn’t resist the powder out in back of The Sled Den! 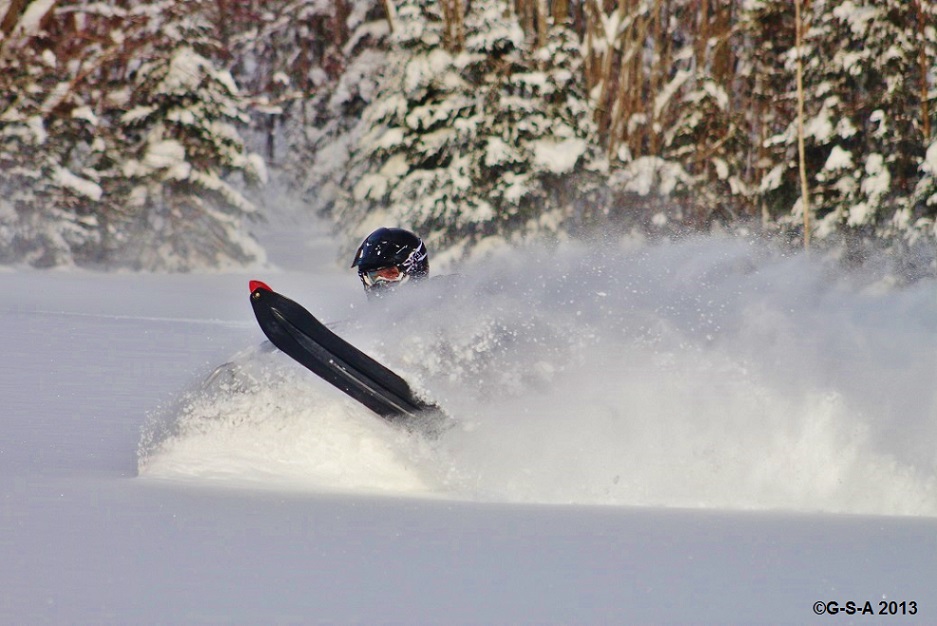 Yep, we found the most snow right behind here! The area we ride in back of The Sled Den is closer to the coast than some of the other areas we ride in.

This is the way it is…..The snow falls sometimes more in the backcountry but also the opposite at times. Once you understand wind and where it snows more at times, you end up riding the deepest all the time.  Some of the areas we ride are further into the interior of the Chic-Chocs   than others. Sometimes closer to the coast is better than further inland – that’s why we chose multiple areas to ride. 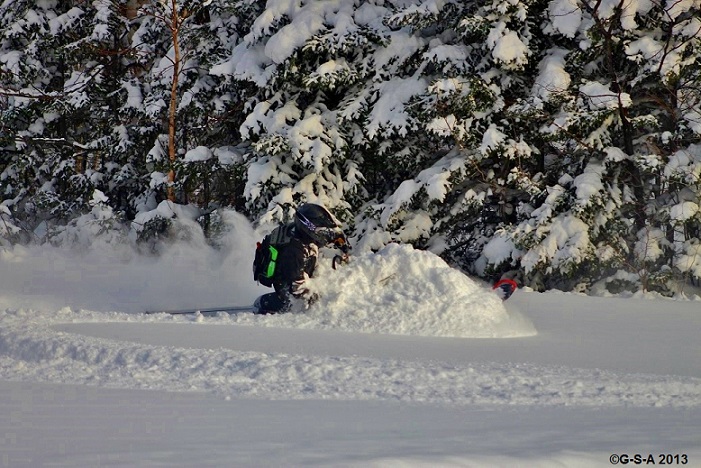 It was a fun day for me ‘cause I got pics….lol…. My son, Ryan took some pictures and we just rode on some really deep snow covered trails. The snow is now a foot or more on the trails. They sure do look nice with no tracks on them!! 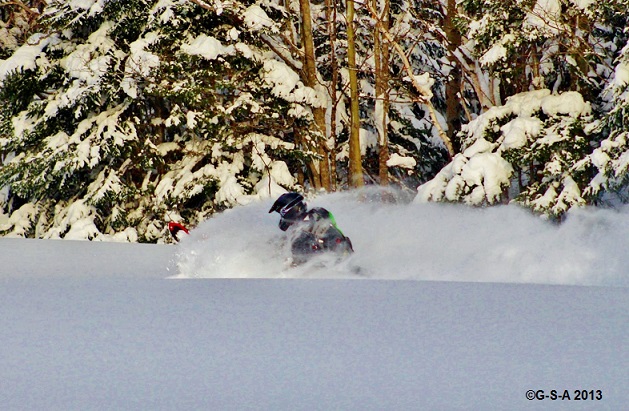 We had our first real try at truly riding a cut. Well, there is two feet of a ‘firmish’ , we’ll call it, base with another 3’ of snow that is starting to set up, I think, with the new big storm for Monday...lol…. Going to start hating Monday too….always snow in my face!! 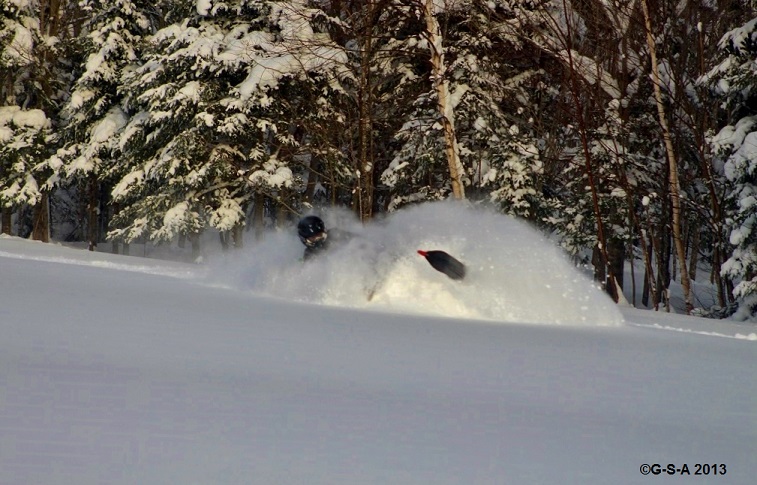 But seriously, I think that most cuts will be ‘rideable’ near the end of next week….

I shall keep everyone up to date ‘cause I know we are all waiting to rip the snow in the cuts. Usually, it’s mid-January…..but let’s hope for no rain ‘cause that’s what usually ruins the snow around Christmas….. 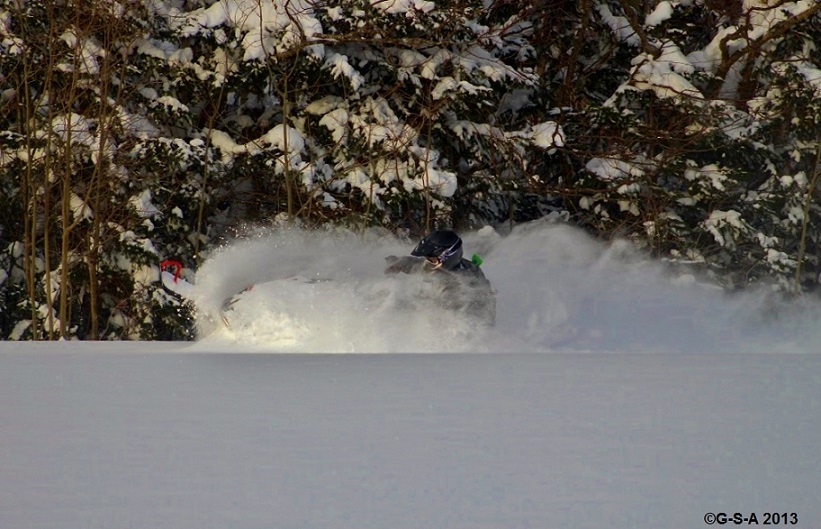 Except for the first one of Ryan, these are all pics of me, so today, I am the report ……..lol

RETURN TO THE HOME PAGE