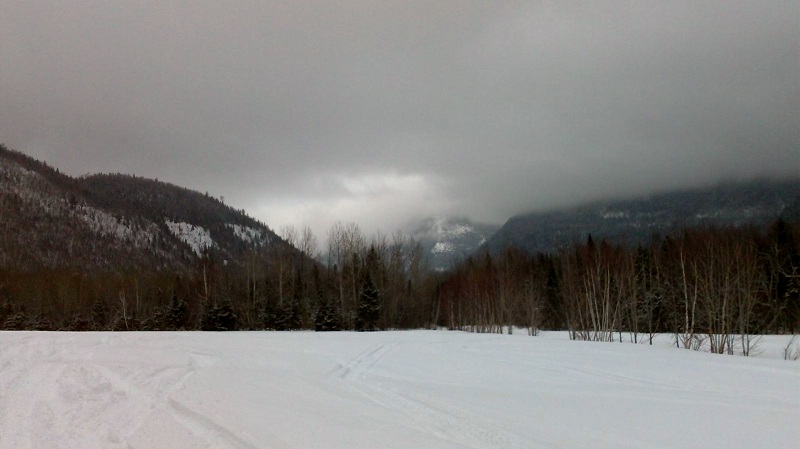 Yes, it will hurt a bit,…but there is more than enough base on the north shore to survive this thaw…..and a plus for you trail riders…..most of the trail bridges were replaced a few years back…so there is no water crossing in the area where we are!! 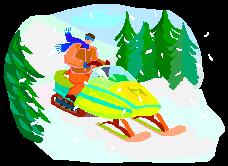 So you can still ride even if the rivers swell. The Weather Net says Sunday snow close to 10 cms (4 in) and then Monday 1-3 cms and then close to 10 cms again on Tuesday….Plus the snow squalls from the high winds on the back side of the Low… (have to comment that the last time they said “ 1-3 cms” - we got 15 cms!!....lol….Who knows with these guys…lol….)

If you want to ride the trails, they will be fine once the groomer grades them to loosen up some snow. In another 2-3 days, the little snow we will get on Sunday will make the riding open everywhere for all sleds….

Regular sleds will be able to ride cuts, ‘cause of the hard base, with just enough snow (6-10 inches) to make it fun! (Woohoo!)

Mountain sleds ...you guys can come but...it’s really not deep enough for us…. sure we can ride everywhere...BUT...there will be no stucks and nothing to have an attitude for ....just too easy for a mountain rider…..But hey NEWBIES !!. It would be the best time with the conditions not being really deep pow pow….!

I am in town (Montreal) this week because of the Yamaha demo, but will be heading back to Gaspesie on Sunday into the 10 cms that we’ll be getting all the way from Saint-Anne-des-Monts to Grand Valley..

The edge of the coast where the Sled Den is located sticks out a little further than elsewhere on the Gaspésie north shore, so when we get good winds from the west….the snow squalls start ….and the most snow is from La Martre to Mont-Louis....with the Sled Den right in the middle!...  Saint-Anne-des-Monts gets snow too, but they don't get snow squalls as much ….

Mother Nature, turn on the snow guns please, we want to play…..! Jack

Return from end of January update to Main Blog

Return from end of January update to Home