What is off trail riding....in Gaspésie?

For me, off trail riding is anywhere a trail sled can go!!! 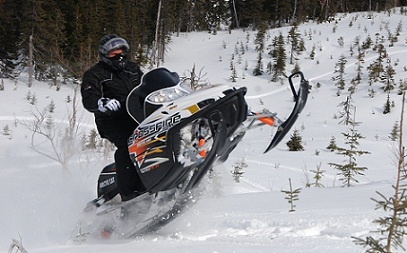 We ride the roads when they are packed and also when it snows. Trail sleds can do just fine off trail in Gaspésie….even in a foot and a half of snow…...as long as the track can reach the more packed snow.

Can you imagine riding with powder in your face all day? To have to slow down to see? Now that’s cutting tracks! 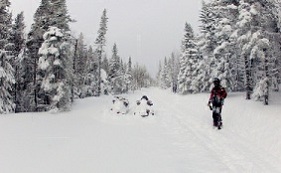 Did it snow again???

We had a storm in Gaspésie last year that closed the trails for 3 days!!! We had a hell of a time riding the trails on mountain sleds!

Imagine the feeling of being the only riders in Gaspésie……of making a fire to warm up and have a hot lunch….of not seeing anyone else while riding….take pictures that you can only get by riding in the backcountry….. 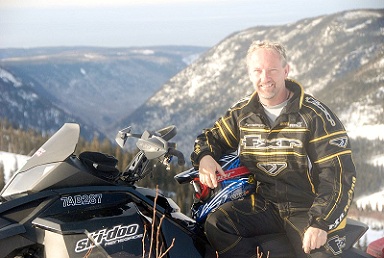 You can see where all the mountain sleds ride in the trees and cuts. Sometimes the snow is packed enough so trail sleds can ride in the cuts too….. 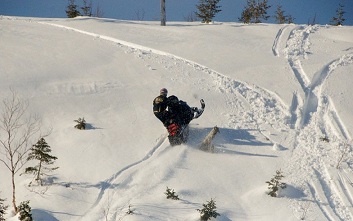 The mountains rise 3500 feet in the backcountry…..many people ride in Gaspésie…but do they really see or experience the most in Gaspésie?

You can ride your trail sled all over the Quebec trail system but you can’t ride off trail everywhere! The Gaspésie backcountry allows you to experience what snowmobiles were made for….exploring.

Yes, those are trail sleds with those mountain sleds - off trail !!

One caution, some roads lead into the parks where snowmobiling is not permitted – the park boundaries are usually marked by signs – but just be aware of where you are!

So get that trail sled ready for an adventure and come ride the less travelled playground……..

Back from Off Trail Riding to The Backcountry

Back from Off Trail Riding to Home