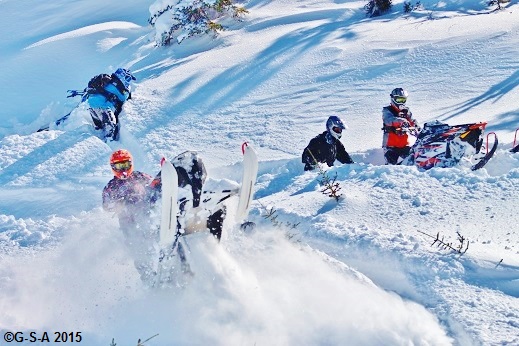 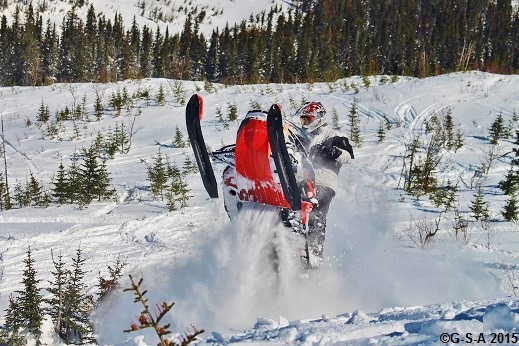 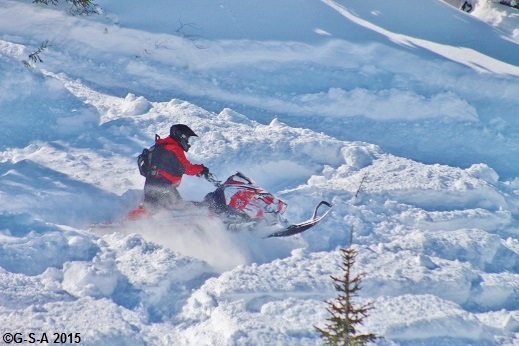 We rode some insane powder and had a hell of a time climbing up stuff. 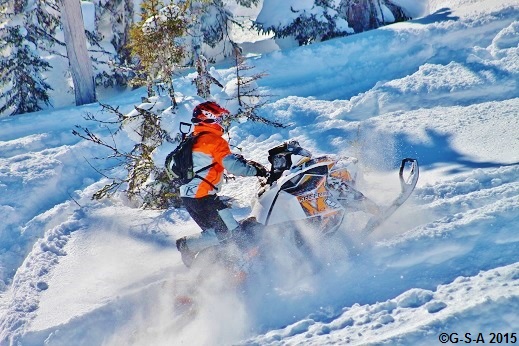 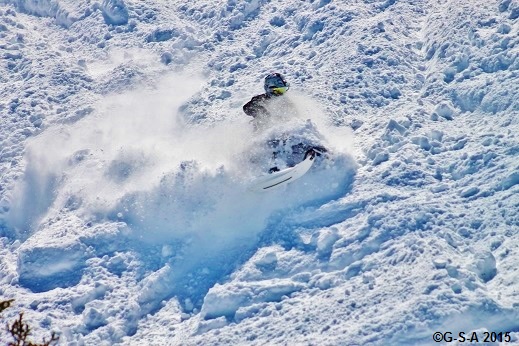 Some areas from the wind were stupid deep……yes, up to the bars! Other areas, luckily few, were just bare. 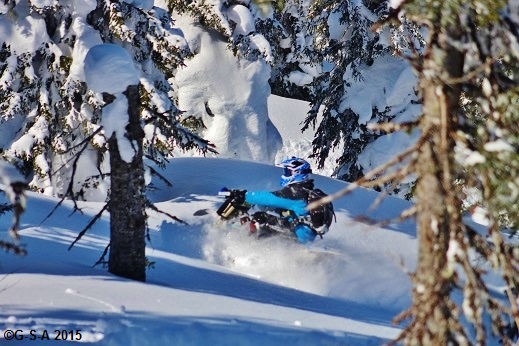 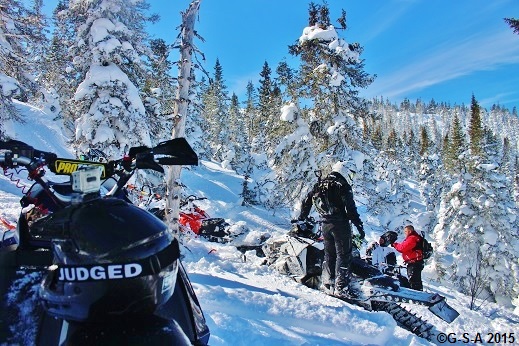 The wind took the snow off of about 10% of the area we rode....a foot to a foot and a half seemed to be the norm…..but other spots were just sick. 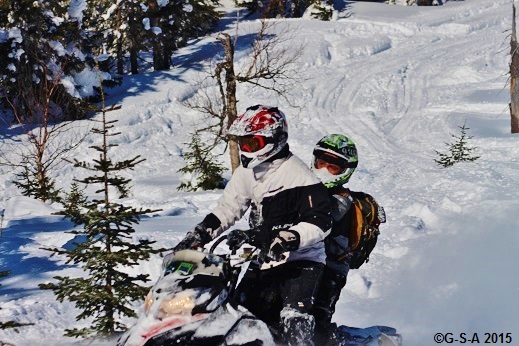 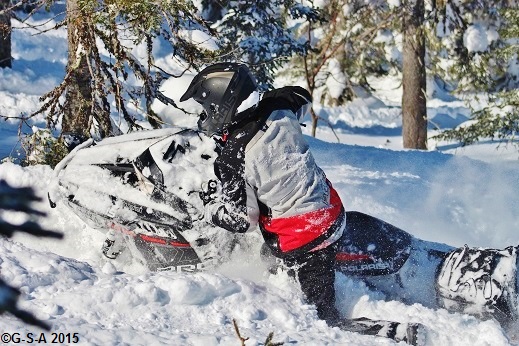 I think this was the BEST DAY this year.....sure we had a bigger storm in November but there was no base……that sucked!! 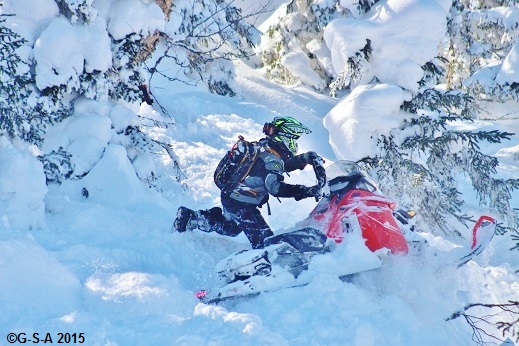 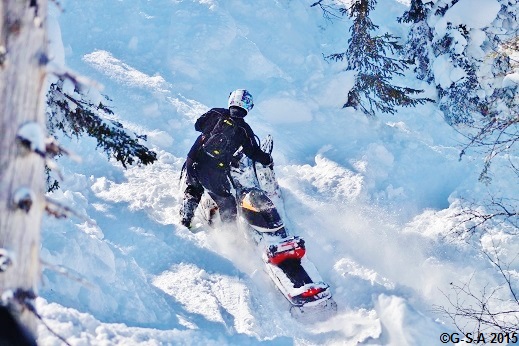 The guys didn’t really ride trees…..we rode some more open ‘cause the area we were in was a little too deep to ride them. You needed more than a little momentum to not get stuck…….even hitting some spots and then starting to climb them, we would go like 40 yards and have to turn out…..and I mean hit it at 30 mph if you could get that speed…...lol….. 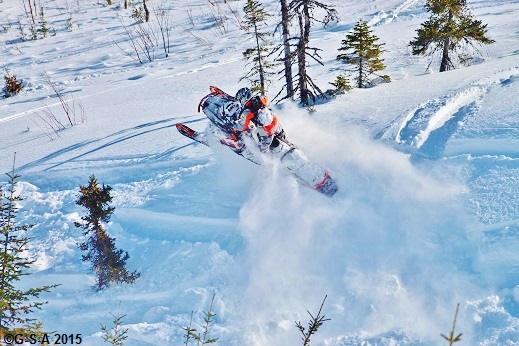 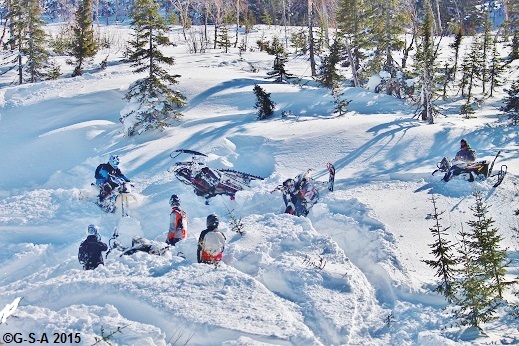 A few guys had never seen deep snow like this…..EVER!!! It was a real treat to see what I must have looked like when I was here, in deep snow, my first time! 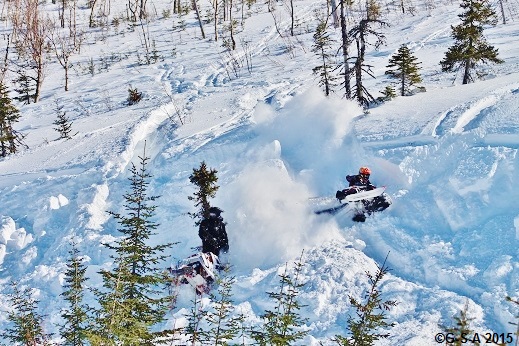 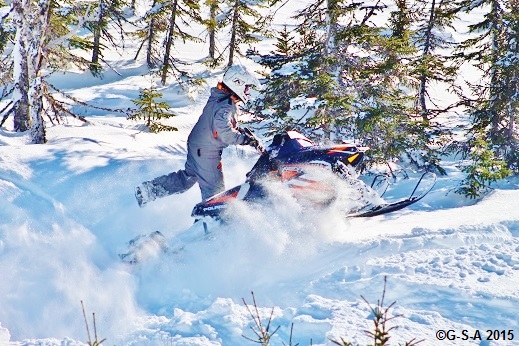 To me, these moments are great, like seeing someone ride much better after I have explained a few things and showed them what guiding is all about. I use to guide for fishing too……and yes, would teach techniques and also patterns to catch more fish.

Hope to see more expert riders develop. My son can also take you out and push you past your limits, if you want. He is one guy who runs out of sled before talent…….not just saying this ‘cause he is my son..,,,lol…..he may have passed me a while ago and it took me some time to admit it ‘cause I am extremely competitive with my son…..but I’m still Dad!! 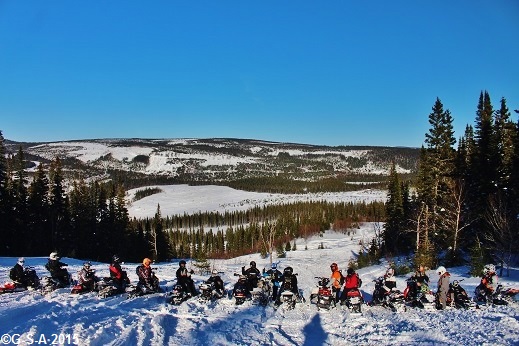