What a sick Sled Den Spring Fling it was……from stupid to just down right crazy things…..but when you put a bunch of guys together with motors, ANYTHING can happen…..but then again, dumb usually means fun....lol…. No, no, it was just the 3 man sinking water crossing…..!!!....LOTS AND LOTS OF FUN!!! 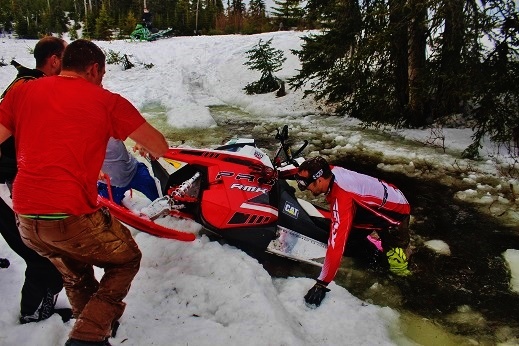 The day started off with a bright sun and warm temps. We drove our trucks 12 kms into the back. By the time we launched it was about 20 C degrees which is around 70 American….lol…. The ride in was easy on the soft snow. There was good snow but we stayed away from the little trees – way too soft. The big trees were not as good as usual – shade kept the snow too hard…. but the wind lips were just right….SICK…. 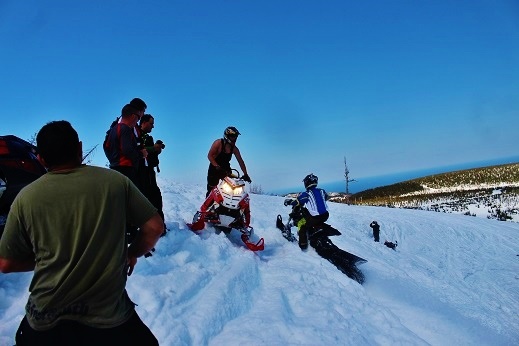 The sun was really strong but on our second day it was cloudy…..as we rode the snow got softer. It was GREAT... ‘Cause everyone got to try doing Elevators. This was a real treat for a few guys. Yes, even in the trees. 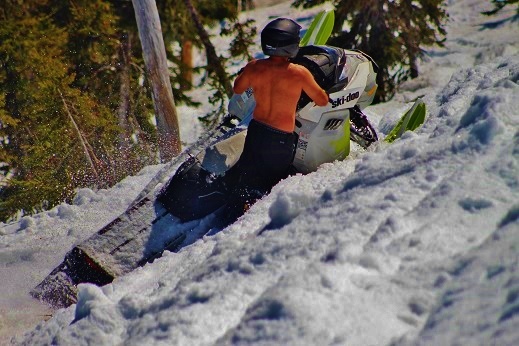 You could ride anywhere on the roads still. Though there is the odd bare spot you would have to ride around….. no big deal. The cuts were soft and again staying on the wind lips was the best. Once the snow gets to about 5 feet or less it really gets soft. This is why the trees are still good….and the snow is not hit hard from the sun because of the trees. 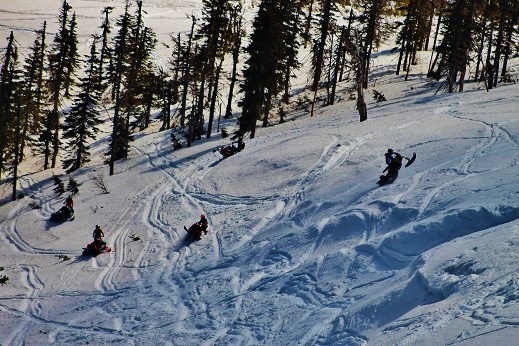 I believe we might make a ride June 1st on the wind lip….. Why ??? well, because they calling for some pretty cold temps. The snow won’t melt….it’s even going to be too hard for 3 - 4 days to ride. 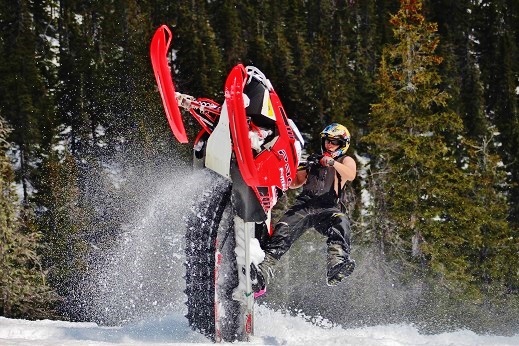 Well Ryan and I had the BEST season so far. Not just ‘cause we got to ride a lot but because of all the new friends we’ve made. It’s amazing how you can become such good friends when you spend the whole trip with someone. 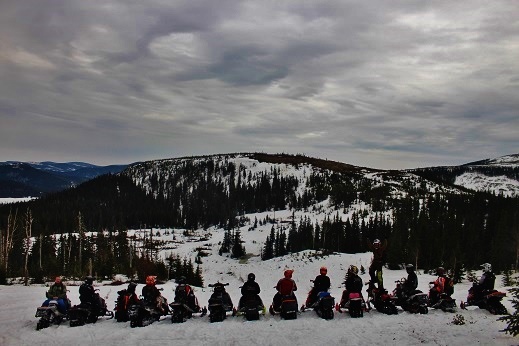 This is why I wanted The Sled Den not to be a Guiding company….it’s not just about views or the snow..... it’s about the Memories and fun times spent with your friends.. The Snow and Mountains and Views are just a BONUS….

Thanks everyone from Eva, Ryan and me…. Have a good summer and we might just making s post about a June ride…..

Over the summer we'll be putting up some more pics from this season...just to lessen the withdrawal symptoms....lol....

By the way we can ride ATVs, side-by-side’s as well as dirt-bikes where we ride sleds….. and side-by-sides can go everywhere…..

Thanks again everyone ……Jack……