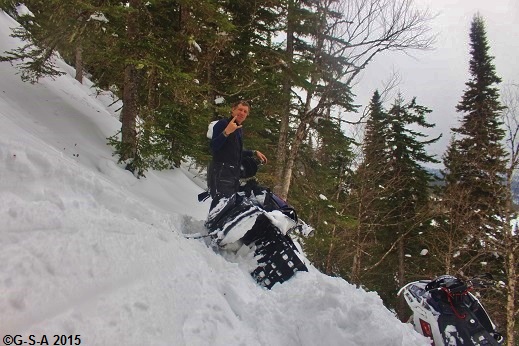 What an incredible day at The Sled Den! 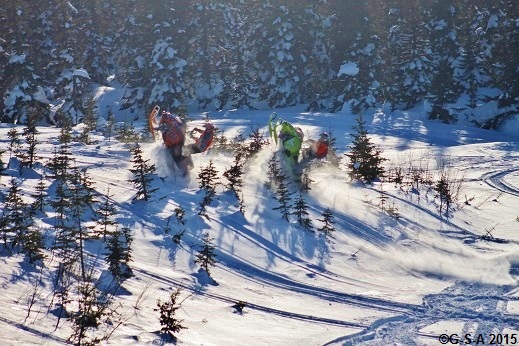 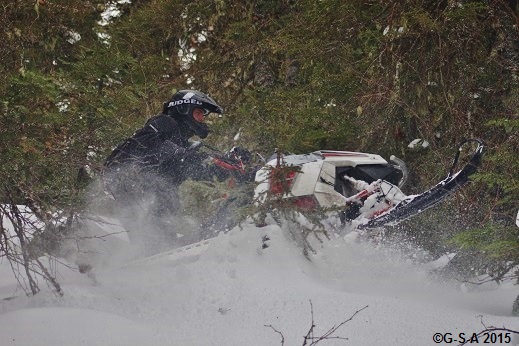 Around 8:30 am a few people started to stir & by 9 am everyone was slowly rising…….having a coffee or juice and meeting each other…… and after a really hearty breakfast we proceeded to one of the many spots we ride………… 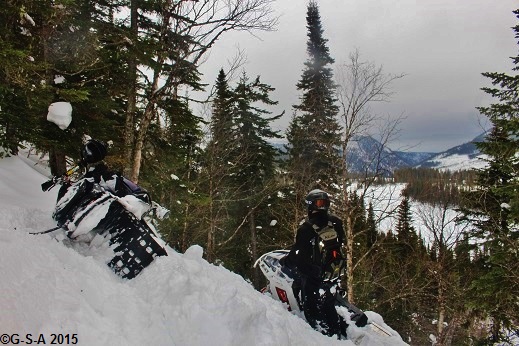 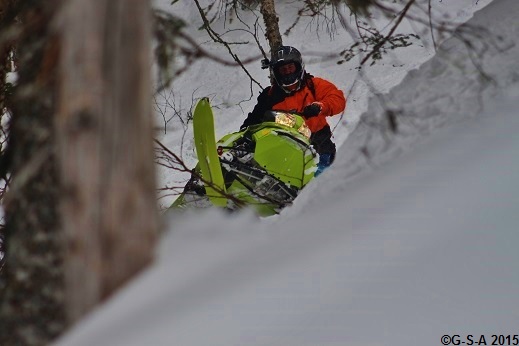 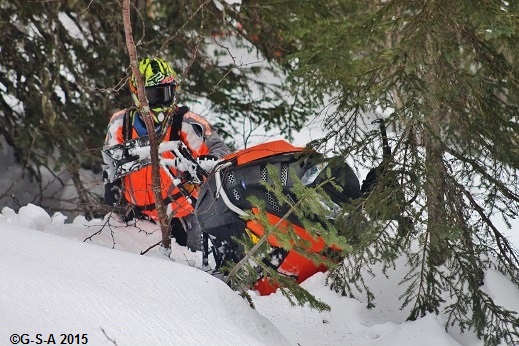 Today was spent in an area of trees that only had a couple of tracks so this made for excellent riding.......after east coasting the area to death, we decided to check some other trees near an area we had ridden a few days before…….. 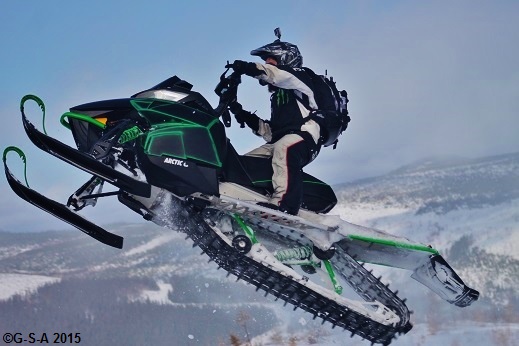 On our way over to the spot, we decided to investigate some trees that were a little bit out of our way from where we expected to ride and to our surprise……. we found the area had been untouched……..and just like a bunch of bumblebees in a hive, we rode back & forth in that area of trees…….. 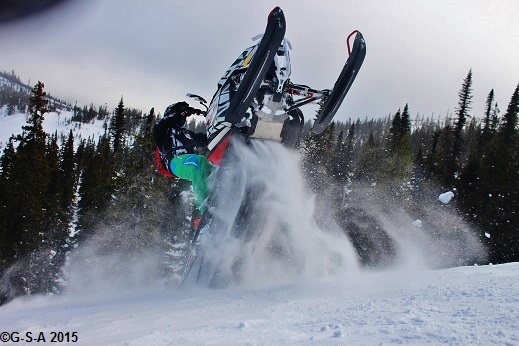 After riding in the trees for the first half of the day, some of the guys wanted to do a few jumps & wheelies….So I left my son in the woods with a few of the riders and went to take pics of those who wanted to do other stuff…. 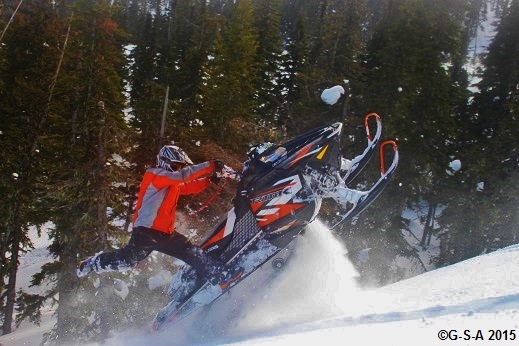 Even though I love to ride the trees & it’s my favorite pastime, I am here for your trip not mine & this is why I split my time if we have a group with different styles of riding………this way everyone gets a pic…..’cause you can ride snow anywhere but you can’t get action shots everywhere….. 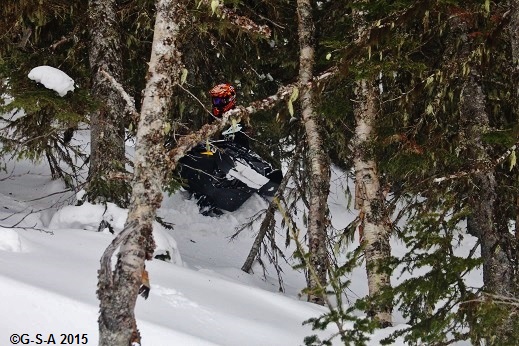 Heading out again tomorrow – pretty sure our day will be cut short 'cause they are calling for big winds & heavy snow which is supposed to be around a foot or so of new snow & we’ll see……. 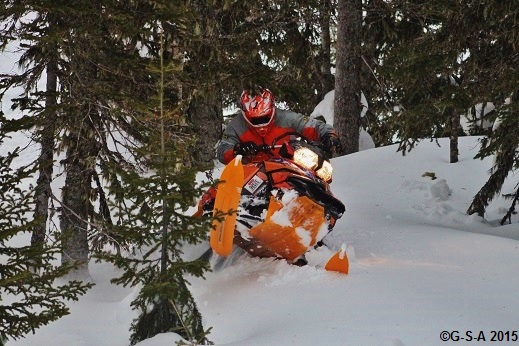